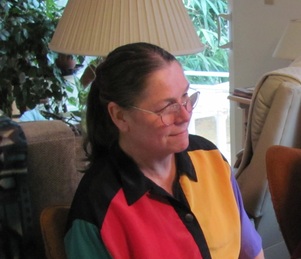 Authorities reported that poor weather and low visibility were the reasons for the fatal accident. Irene’s death took the wind out of the tight-knit River Road and Santa Clara neighborhoods.

“Irene was a good friend and a person all of us could count on,” said Carleen Reilly, a long-time River Road Neighborhood leader. “Her death was a tragedy. She is missed dearly, but her many contributions to the neighborhood have made our area a better and safer place to live.”

“Her efforts to improve transportation impacted the whole system as walking and bus riding were her primary modes of transportation throughout the wider community,” Reilly said.

Lane Transit District’s (LTD) new Santa Clara Station property borders Hunsaker Lane to the north at River Road. When passengers are waiting to board a bus at the new transit station, they will see a permanent memorial recognizing Irene not for how she died, but for how she lived and contributed to the community.

“LTD was pleased to honor Carleen’s request to remember Irene at the Santa Clara Station,” said Aurora (AJ) Jackson, LTD’s general manager. “Honoring Irene’s dedication to the neighborhood, especially as a frequent bus passenger and for her commitment to pedestrian safety is important for all of us to remember whether we are riding on a bus, walking, behind the wheel of a vehicle, or pedaling a bicycle.”

The new transit station opens on Feb. 7, 2021. In the coming weeks, the plaque honoring Irene will be permanently installed at the station.