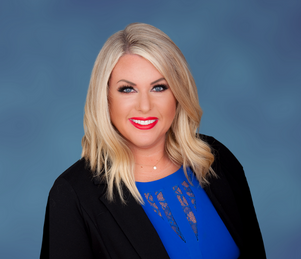 Caitlin Vargas, President of the Lane Transit District (LTD) Board of Directors, was named the top Woman Business Leader of 2022 in the community during the Women Business Leaders annual award luncheon held on Thurs., Nov. 10, 2022, at the Downtown Athletic Club in Eugene.

“There are so many incredible women business leaders doing amazing work to move our community forward that I am surprised and pleased to receive this incredible recognition,” Vargas told a sold-out crowd attending the event. “This award represents the time and effort my family, colleagues, and people in the community have invested in me, and I will continue to do the same for others who believe that meaningfully connecting with each other is the foundation for community prosperity.”

Oregon Governor Kate Brown originally appointed Vargas to the LTD Board of Directors in 2018 to represent Subdistrict 6-West Eugene. She was elected President of LTD’s Board of Directors in her second year of board service and helped spearhead the agency’s first-ever Strategic Business Plan, and led the national search for the District’s next Chief Executive Officer. She has a lengthy list of volunteer committees and board of director memberships, including the Leadership Board for Relief Nursery, the Board of Stewards for Looking Glass, and she is one of the founders of the Eugene Young Professionals program.

A noted speaker and panelist at national transportation conferences, Vargas was recently elected to serve a three-year term on the American Public Transportation Association’s (APTA) Board of Directors. She is joined on the APTA Board of Directors by newly appointed senior executives from transit systems in Houston, Louisville, Memphis, Portland, and Thousand Palms, California.

Professionally, Vargas spent the first part of her career working with the community’s disadvantaged and homeless neighbors, and now works in economic development as the Startup Community Director with Onward Eugene, where she helps underrepresented entrepreneurs launch their startup businesses. This year, she led the development and implementation of a new pilot program in Oregon that provides respite childcare for women entrepreneurs. She is also the co-host for the Women’s Innovation Network.

In 2018, Vargas was recognized as one of Eugene’s “20 Under 40” award recipients for her civic involvement. Vargas graduated with an MBA from Bushnell University and earned an undergraduate degree from Sonoma State University.